Because of the great popularity of poker, both land-based and online, casinos, media and software developers have collaborated to bring more excitement to the game of online poker.  With the emergence of poker tournaments, casinos and internet sites increased, creating new and exciting poker games for avid fans.  Today, a poker tournament is the perfect addition to every casino’s game repertoire.  With the launch of poker tournaments to every land-based and online casino, the profits reached sky high and new players are added to the tourney list every day.  A remarkable feat to the world of gambling!  Because of poker tournaments, each player gets a chance to showcase their unique poker abilities and have the opportunity to take home the handsome prizes at stake.

Poker tournament is definitely an exciting and fun game.  Players can join with very minimal fee and can get a chance to win big prizes.  A tournament could have as few as 6 players for a single table tourney and thousands of players for multi-table tourneys.  Before the tournament begins, the players must pay the entry fee which is divided into the entry and the buy-in fee.  The entry fee is used by the organizer of the tourney to cover the expenses of all the overheads.  The entry fee gives a player his assigned seat and a number of chips to start the game.  On the other hand, the buy-in fee is part of the prize pool and is awarded after the game.

When you’re playing in tournaments, your main goal is to win all the chips.  At the start of the game, each player is provided with a fixed amount of chips and all players start the game at the same time.  Players will play continuously until someone loses all their chips and gets eliminated in the tournament.  The tournament usually lasts for several hours until only one player stands or can last as quickly as 30 minutes for the one table tournaments (SNGS).  As the game progresses, the size of the blinds increases and the game becomes more difficult for each player.  After the tournament, winners will be awarded. First place gets 30% of the total prize money.  Second place gets 20% and so on.  But keep in mind the prize allocation depends on the amount of players entered into the competition and you should read the terms and conditions of the tournament before you compete. 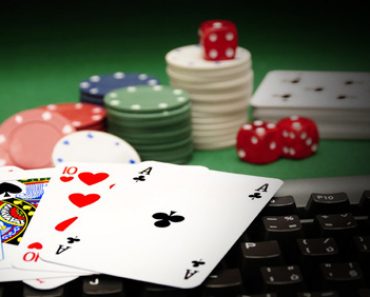