Where the casino player’s favorite game came from is not exactly known.  Some credited the Chinese for inventing roulette wheel, which was brought by Dominican monks who were trading with the Chinese.  But the most solid origin of the casino game is from the 17th century French mathematician known as Blaise Pascal.  Pascal was trying to create a perpetual motion device, using a big wheel for his experiments.  It is said that one of his friends saw the potential of the wheel to make a good gambling device.  While, Pascal wasn’t able to make its perpetual motion device, he was able to develop a game that will be enjoyed by men in perpetuity.

The gambling prospect of Pascal’s little spinning wheel was not missed.  It was enjoyed and played by many a civilization.  The French even has a myth that tells the story of two Frenchmen who struck a deal with the devil in order to reveal the secrets of roulette.  This is inspired by the sum of the numbers, which is 666, the number of the beast.

The modern look of roulette didn’t come until 1842, almost two centuries after Pascal developed the design of roulette.  Two Frenchmen with the names of Francois and Louis Blanc added a number zero (0) in roulette.  This design was eventually used by Francois Blanc when he built his own casinos in Monte Carlo, calling the roulette the King of Casino Games.  The roulette Blancs developed eventually became the pattern used in modern-day European Roulette.

During the eighteenth century, roulette has gained popularity in Monaco where Prince Charles ruled.  He introduced roulette as a means to alleviate the kingdom’s financial and economic distress.  There even came a time when Monaco served as Europe’s gambling capital when gambling was prohibited in France in the late nineteenth century.

The game eventually reached US through the French emigrants that came sometime in 1800 in New Orleans.  The game became even more popular during times of wealth, as in the case of California Gold Rush.  It was also during its stay in US that roulette gained another number, the 00, giving the game 38 numbers.

The Future of Roulette

Today, the casino has three variation of the roulette game, namely the French, the European and the American roulette variants.  Since the time the American and the European variants were developed, there hasn’t been major deviation from the gambling game enjoyed worldwide.  With the dawn of the online casino, people from any part of the globe can now play and enjoy roulette wherever they are, without the brick-and-mortar gaming devices.  But regardless of how the game is enjoyed, roulette never fails to provide excitement and fun wherever and whenever it is played. 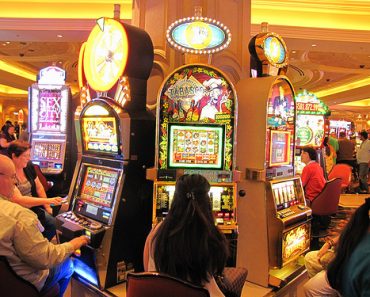