The most crucial decision a gambler makes in video poker is not what to discard or hold but which machine to use, because video poker machines come in a wide variety.

Most of these variants look equal to the untrained eye and that can be a problem. The tactics for each machine type can get quite complicated, and often new video poker versions come and go regularly. Some very lucrative games (for the gamblers) have become nonexistent, and newer game variants that are advantageous only for the casino have replaced them. In spite of their similarities, the video poker machines may give really different returns. For instance, in a 4 hours of playing session, if you lose (on average) around $50 playing maximum coins on the Jacks or Better 9/6 machine, that loss rises up to $500 for an identical scenario at the Jacks or Better 6/5 machine.

Everybody wants a video poker machine with the highest -best – payout, which is shown in the slash separated numbers. These numbers are determined by the payout for full house/flush and for a gambler playing a single coin. For instance, in a 9?6 machine, 1 coin pays out 9 coins for a full house and 6 on a flush, at the same time an 8?5 machine gives only 8 coins on a full house and 5 for a flush.

The tiny difference in the payout structure from an 8/5 machine to a 9/6 machine won’t seem like much, but the expected revenue drops from 99.5 percent (in 9/6 machine) to 97.3 percent (in 8/5 machine). Your money gets chewed up about 6 times quicker in 8/5 machine because the return is just $97.30 for $100 played. A normal playing session with 9?6 (twelve hours of play with maximum coins on the dollar machine) costs you approximately $40, however with the 8/5 machine, your loss swells to approximately $240.

Steer clear of video poker machines located in places such as, convenience stores and airports. Those machines generally have some of the worst payouts.

When the casino provides a lesser-paying variant of a video poker machine, it is called a short-pay instead of a full-pay. ‘Jacks or Better’ has several variants, ranging from 9/6, 8/5, then 7/5, and even 6?5. When the payouts are lowered, your wallet will hurt. But additional variable (progressive jackpots) occasionally comes into the equation to counterbalance the lower payouts.

The list below shows returns percentage on favorite video poker games. The percentage is the amount the casino gives back to you (on average) for each one dollar wagered. Generally, you always lose (although the return is as high as 99.5 percent), but a few video poker games in reality offer you a positive revenue (100.8 percent).

Although your chance of making a royal flush does not increase with progressive machines, your payoff grows and one losing game may turn into a rewarding situation if the jackpot gets really high enough. However, many progressive jackpots are tied with lower-paying video poker machines (such as 7?5 rather than 9/6), so, except if the progressive is very high, you are usually better off with the flattops.

If you play online video poker, you should always make sure that you get a online casino bonus in order to increase your bankroll. 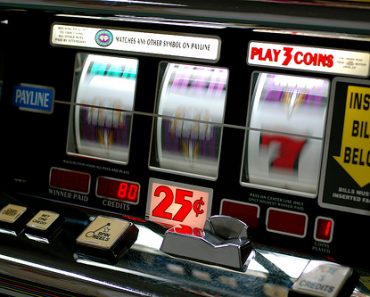